Forced vs Intrinsic variability of the Agulhas Bank circulation 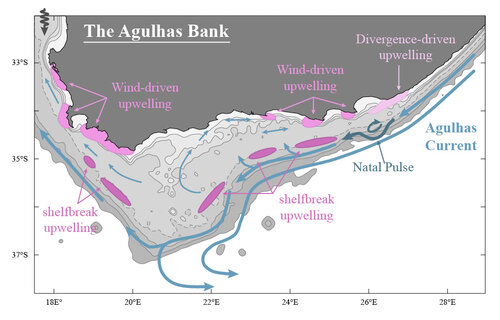